Inspire their illustrations with Quentin Blake 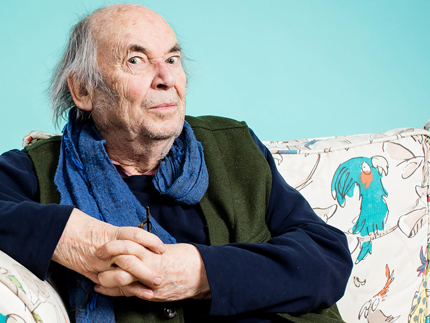 During his 70-year-long career Quentin Blake has illustrated more than 500 books. He is the artist behind many beloved children’s book characters, working alongside famous authors such as Roald Dahl and David Walliams. He is also the author and illustrator of popular children’s books such as Zagazoo and Mrs Armitage. Quentin has had amazing success through his much-loved drawings. “I am extremely grateful that I’ve had the opportunity to take my drawing into many different situations,” Quentin told us. “I was born in 1932 where things were very boring. Nobody did any art in my home but me. Almost everything I got for my drawings came from my school.”

While at school, Quentin never studied art directly. Instead, he enjoyed reading and studying English Literature while still holding a keen passion for drawing. “I never went to an art school but I don’t regret that because learning to read books has a lot to do with what I’ve done ever since. The fundamental collaboration in illustration is the collaboration with the story and I like to think that books take people away, not just to different places but also to different experiences of how other people feel and live and react. However, I did take art classes outside of school. In the classes you would draw from a model, then turn around so you could draw only what you can remember. Then you go home and you draw it again. If you draw something that is in front of you, the amount of visual information is sometimes too much to deal with. But I think that if you go away, then you discover different feelings that you can get down on the paper. It isn’t only the technical information, it’s the feeling.”

The feeling of the artwork has been incredibly important to Quentin throughout his career. His drawings have not only had a positive impact on children during their happiest times but also during their scariest times. “You might not know this but I’ve done a lot of drawings in hospitals,” Quentin told us as he explained his inspiration behind one of his murals for a children and young people’s centre in Harrow, commissioned by The Nightingale Project. “’Welcome To Planet Zog’ went in a waiting room for children. I felt that a hospital is quite an alien environment and so Plant Zog is another strange environment but friendly. There are aliens that correspond to the doctors and consultants and aliens having their leg bandaged up as well. Really it’s quite a simple message: yes, it’s an alien environment but the aliens can be quite nice.”

Quentin’s very first illustrations were featured in the children’s book A Drink of Water by John Yeonman and were published in 1960. Since then, Quentin has had lots of experience with children’s genres and shares his tips for illustrating them. “Sometimes people say that I seem to understand children very well but of course I don’t. I’ve never been married, I’ve never had any children. It’s not that I know about children, but that I have been one. What is fascinating about children’s books is that there’s so many opportunities in them. I find it a lot like acting. You don’t have models to look at, you have to imagine that you are that person. You have to imagine things happening and I actually kind of mime out the actions when I’m drawing them so I know exactly how to draw them best.”

To discover more about Sir Quentin Blake, visit quentinblake.com or watch Quentin Blake: The Drawing of my Life available on BBC IPlayer.