Log In / Register Visit Ireland Site
Home > News > January 2022 > An interview with Stephanie McKeon a.k.a Anna from Frozen The Musical

An interview with Stephanie McKeon a.k.a Anna from Frozen The Musical

Primary Times chats with Stephanie McKeon who is currently playing Princess Anna in Disney’s Frozen West End Musical. Stephanie talks to us about what she wanted to be when she was growing up, how she overcomes nerves on the stage, and what her top tips are for children who wants to get into performing themselves.

1. Starting from the very beginning, what did you want to be when you were growing up? Did you always know you wanted to be a part of the theatre?

Well I was always in drama classes and at stage school when I was young. Some of my family, my auntie, uncle and grandfather were all performers so I did come from a family who were very into the theatre. I did always want to be a part of the theatre from a young age but when I got to secondary school, I did consider doing something in science because I really loved biology. So, it was either going to be the job I’m in now or something science based like biology.

2. With Frozen being one of the biggest theatre productions in the West End, did you feel nervous stepping into Anna’s shoes?

Definitely, it’s such a big role and a character that is known and loved by so many people all around the world so I was a little nervous, but I was also excited because I loved the film and I loved the music from the film, and I especially loved Anna’s character. She was my favourite character in the film so I was mostly excited to play her. Though of course I’m always going to hope that I can give the children and adults the character of Anna that they know and love. So far, they seem to love the show so I’m not as nervous about that as I was at the start.

3. When you start to feel nervous about performing, what do you do to overcome it?

I usually feel the most nervous when I know that friends and family are watching me perform but that feeling can be a good thing because you are only nervous because you want to do such a good job for them. I think this can be quite a common reason people feel nervous about performing but you just have to remember that your friends and family are usually the kindest critics and will love to just see you on the stage. Sometimes a little bit of nervousness before doing something scary like performing can also give you a great boost of adrenaline that you might need for a performance. When I start to feel like this, I like to tell myself that it’s just excitement because it’s such a similar response in your body. So, I always try to remind myself that I’m just really excited about what I’m doing and that usually carries me all the way through the show. 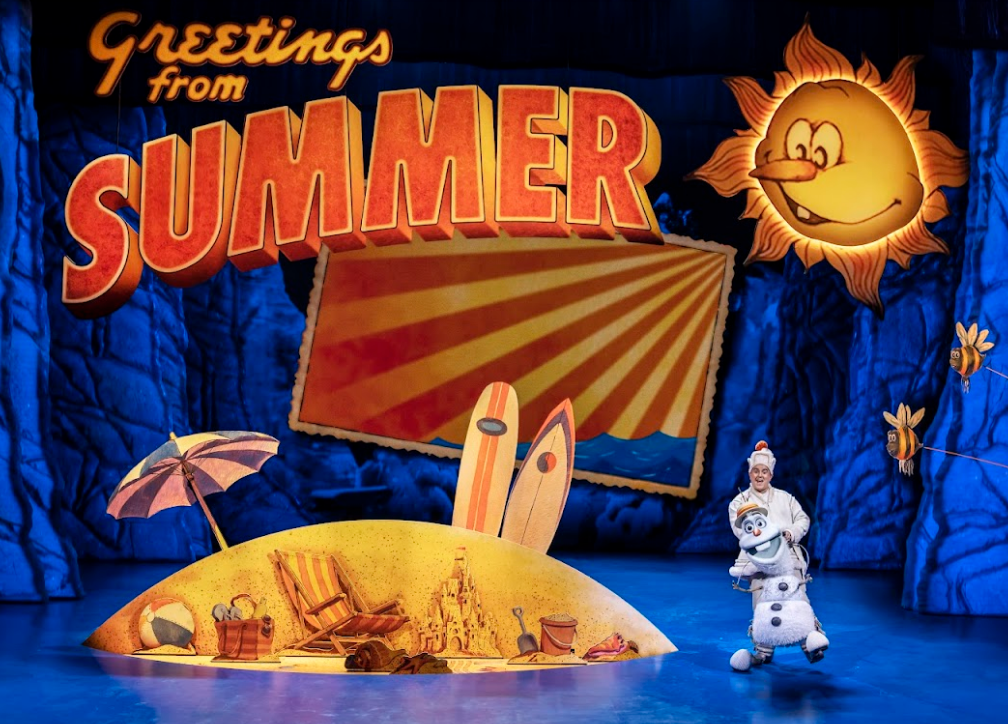 4. Do you have any tips for young readers who would also like to perform on a stage one day?

I think the best tip I can give refers to the old saying of ‘practice makes perfect’. If you put in the hours and practice, maybe take up singing or dancing lessons too, it can be a great place to start. You could also get involved within your community or get involved with any drama clubs at school. There are so many great groups and facilities in the UK that can help anyone who wants to perform, so try searching for what’s out there in your local area as well.

Also, I think a big tip is to be kind to yourself. There is only one of you in the whole world so don’t compare yourself to anyone else, just be true to yourself, and remember that there is only one person who can do exactly what you do and that makes you really special.

Stephanie McKeon is performing as Princess Anna in Disney’s Frozen West End Musical at London’s Theatre Royal Drury Lane. The production has been nominated for 13 Whatsonstage awards and has now been extended to October 2022. Tickets can be found at frozenthemusical.co.uk