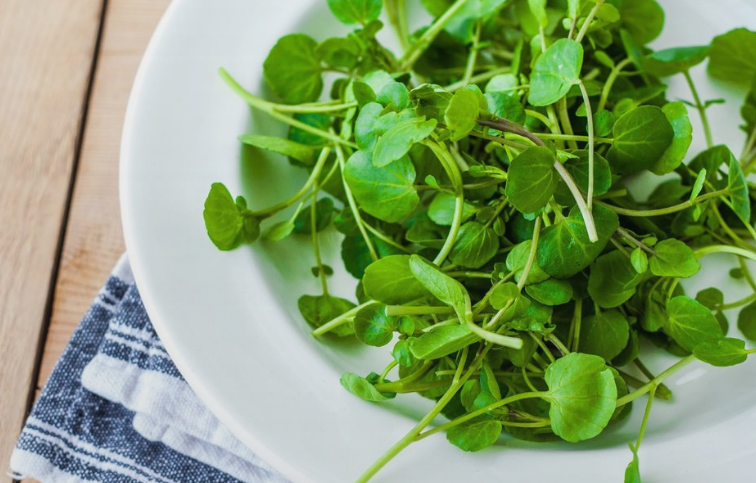 A new study* from the University of Pennsylvania suggests that ensuring plenty of iron in the diets of children and teenagers will boost their brain power and also beyond into adulthood. Adding iron rich veg such as watercress to meals is an easy way to do this. Finally! Parents everywhere are vindicated for all those meal-time arguments forcing their kids to eat their greens!

Iron is essential in developing our ability to filter information and control movement, memory, learning and emotion.

In the study, the brains of 1,500 eight to 24 year olds were scanned for iron levels. Low iron levels were linked to impaired performance on reasoning and spatial processing tasks, suggesting iron is needed for healthy cognitive development.

Researcher, Dr Bart Larsen said that the results indicate there should be “a prolonged period of iron enrichment that extends into the mid-20s.”

He added: “It is possible efforts to enhance brain iron concentration through dietary iron supplementation may have beneficial effects on cognitive development during the critical period of adolescence.”

This study leads on nicely from research published last year in the Journal of World Psychiatry looking at links between mental health and diet, where iron was one of 12 key nutrients measured. Featured within the research was an Antidepressant Food Scale** with a list of foods that ‘are the most-dense sources of nutrients demonstrated by scientific literature to play a role in the prevention and recovery from depressive disorders.’ Scientists are urging that going forward researchers should actively consider these Antidepressant Foods in the design of future intervention studies and clinicians should consider them as dietary options to support prevention and recovery from depression disorders.

Traditionally iron is associated with the formation of red blood cells and haemoglobin which helps the blood carry oxygen around the body, and as such is vital for everyone’s health, irrespective of age. However, the growing number of largely younger consumers adopting plant-based diets need to think carefully about their iron levels if they are rejecting meat. For them, it’s important to find a reliable source of plant iron, but for plant iron to be absorbed, vitamins C and A are required to convert it into a more easily absorbable form such as haem iron as found in meat. This is what makes watercress a seriously good choice; watercress also contains high levels of vitamin C (gram for gram it contains more than an orange) and Vitamin A (100g of watercress provides more than half your daily requirement) and is therefore a reliable and rich source of iron for vegans and vegetarians.

Iron is vital to us all - lack of it can eventually lead to hair loss, brain fog, depression, heart palpitations and restless legs. But don’t panic, visit www.watercress.co.uk for some delicious recipes to help boost the whole family’s intake.