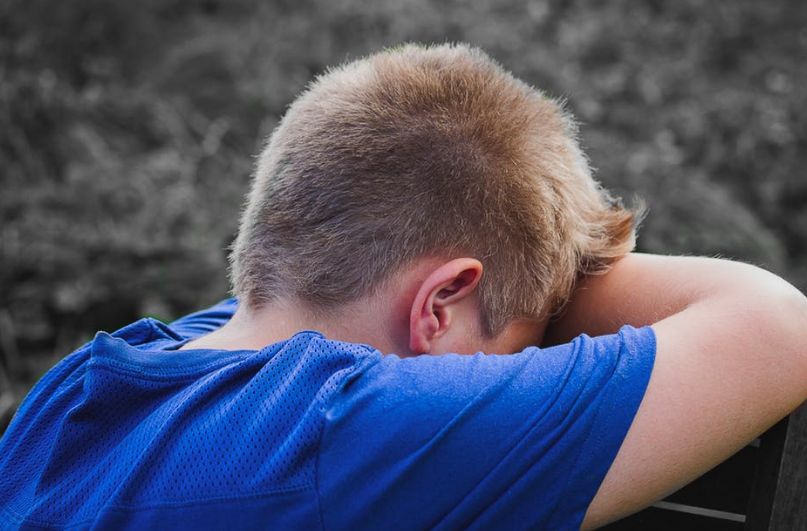 Oxford child psychiatrist talks about bullying in school - what parents can say to their child, and how to help them

Bullying is every child’s - and parent’s – nightmare, and can cause serious mental health problems. Leading Priory psychiatrist Dr Hayley van Zwanenberg has issued fresh advice to parents who suspect their child is being bullied at school – a common cause of depression and anxiety.

With 10 million children back at school this month, a recent poll of more than 1,000 11 to 16-year-olds suggests that 40% of young people were worried about going back to school because of bullying, while only 23% thought their school was good at tackling the issue.

Not all bullying takes place in school, and two in five young people (40%) said they have been targeted via social media.

Last year a similar poll for the Diana Award found that four in ten children were so badly picked on at school it had affected their grades and left them frightened of putting their hands up in class.

So despite laws in place to stop school bullying in particular, it remains a common experience for children.

What is the best way to respond as a parent?

Dr van Zwanenberg says; “With a young child, I would start with telling them a story of someone being bullied, how it is wrong and how in the story the child got help and it all stopped. This can lead on to a parent asking the child if anything in the story is similar to events happening to them in school.”

Dr van Zwanenberg, who treats children and adolescents at the Priory’s Oxford Wellbeing Centre, adds: “With an older child I would be more open with them that you are concerned as there is a change in their behaviour. Reassure them that if they communicate any issues with you, you will check with them what they want you to do about it (so they know you will not over-react or do anything that in their eyes will make their situation worse). This reassurance often helps a young person open up, but the adult must honour what they have said.

“If a young child is being bullied I would ask to meet with the class teacher and the head of pastoral care. It never helps to go in ‘on the attack’ but it is better to go in with questions, such as ‘Do you think my child could be being bullied?’ ‘Does she have friends she plays with at break times?’ ‘Do you have a bulling policy?’ ‘Do you think any part of your policy might help my child?’

“For an older child, I would suggest the child is involved in deciding how the situation is addressed. It might be he or she is happy for you to communicate with the school over email but your child does not want you going in. They may prefer to go to a teacher they trust directly, and raise the issue. Your child may ask that they are kept anonymous in the actions taken by the school. If the bullying continues, and the school does not appear to be taking appropriate action, I would suggest you consider discussing the matter as a safeguarding issue with the school, using the ‘safeguarding’ term, and if this is not effective, report the bullying to safeguarding within your local social services.

“If the bullying involves harassment or an illegal act, involve the police. On many occasions I have heard in my clinic that the police talking to a perpetrator as a warning ends the bullying swiftly.”

She urged parents to be alert to changes in their child’s behaviour. “If a young child is being bullied, they ‘live in the moment’, so are likely to show signs of distress as they reach the school environment.

“Older children may lose self-esteem rapidly and may isolate themselves more and become irritable at home. They’ll worry about the bullying much of the time. Adolescents often find their sleep is affected as they lie awake worrying about the next day. If you are worried about the young person being at risk of harming themselves, explain to them that you want to support them in a way they feel comfortable with. Think what you can put in place to give them things to look forward to.

“It is worth discussing a risk communication system with them, perhaps a traffic light system; asking them if they can, either verbally or through text, signify a colour that represents their risk morning and evening.

“If they are red, what would that mean? How would they like you to react? It might be that they want you to sit with them and not leave them alone until they are amber.

“Amber might mean they are feeling low but not at risk of harming themselves, while green might be they are having a good day and they should be allowed out with their friends on their own.”

Dr van Zwanenberg says teachers should interact with teenagers away from their peers to avoid making them feel uncomfortable if they aren’t yet ready to talk about the bullying, and any feelings of depression, with friends. It is important to clarify confidentiality early on.

Explain to them the sources of support in and outside of school, she says. Offer them contact details for Samaritans and Childline, explaining to them they offer confidential support 24/7 and they can be accessed via online chat or the telephone.

In the case of depression – whether caused by bullying or other issues - the most important thing to get across to teenagers is that depression is treatable.

Treatment includes Cognitive Behavioural Therapy (CBT). This is a talking therapy that looks at how thoughts, mood, behaviours and physical health are all linked. It teaches young people skills to change unhelpful patterns in their thinking and behaviours which can lead to improvements in their mood.

1. If children have intense emotions and turn to self-harming, I would suggest: 'Tell your child to hold some ice really tightly (it feels like it is burning but will not do damage). As the ice melts they might feel their tension melt away.

2. Use a traffic light system with your child so you know when their anxiety might turn to physical harm against themselves or others. Ask them if they would apply a red, amber or a green light to their problem, with red being the most acute. When they are calmer, ask them how they would like you to react depending on 'which colour they feel they are'. Knowing you will react in a way your child agrees with means your child is more likely to share his or her feelings and risks with you. At the red level, school and experts' involvement may be necessary.

3. Remind your child it's normal to experience strong emotions such as sadness, anger, fright and anxiety, but these don't last, and you can do things to help them such as watching funny YouTube clips, talking things through, taking exercise together.

4. Young people often 'catastrophise'; they believe they will fail in life spectacularly. Help them look at the true evidence regarding their hard work and their individual skills and qualities, so they can challenge irrational thinking with evidence.

5. Help children 'problem solve' and form a plan so that even if their immediate hopes are not fulfilled, there are options and a future.

6. Remind your child you love them unconditionally.

7. Encourage them to talk to you about how they are feeling and explain you have felt like that too in times of stress.

8. Let your child know they can always contact a supportive charity such as ChildLine or the Samaritans anonymously by telephone or via a web chat if they need a confidential discussion.

9. Encourage them to exercise vigorously for 20 minutes each day; it will help improve mood and sleep patterns.

10. If your child is suffering intense stress, distract and divert. There are things you as a parent can do to help their emotions change quickly.

11. Watch a scary film together, read a funny book, watch humorous clips on the internet, look at old photos of yourself, or them, as a baby.

12. Encourage your child to 'stop their thought train and get off it'. Encourage them to build a brick wall, metaphorically, between themselves and their stressful thoughts.

13. Urge them not to think about their exam or test worries except for short periods, say 10 minutes morning and night. (This is not suggesting they don't revise, but that they block out the worry.)

14. Get your child to think of a relaxing memory as a safe place to go to in their head. Ask them to describe it to you in detail, including the sounds, smells, lights, textures, the conversations, the emotions they remember. This can help them relax and distract them from their worries, and, with practice, they can take themselves back there in their head at times of stress.

15. If the anxiety does not seem to improve, and anxiety feels outside the normal range in severity, or length, get help via your GP. Your doctor can refer your child to a psychiatrist and having brief therapeutic intervention can make a significant difference in a short period. Many of Priory's Wellbeing Centres offer Child and Adolescent Mental Health Services, with fast access to mental health experts.