How to keep your home safe this Christmas 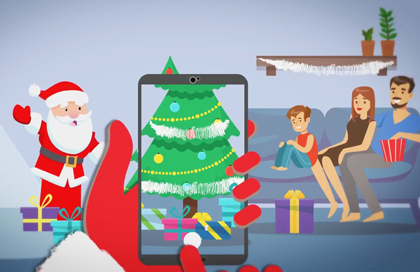 Posting our plans on social media, leaving gift boxes we have bought in outside bins and forgetting to lock doors and windows… the simple mistakes that are inviting burglars into our homes.

As Christmas approaches, homes become filled with expensive gifts and gadgets. This sadly means that the festive season is also the peak time that domestic burglary increases due to opportunistic intruders.

New research from Verisure revealed it can take a long time to recover from a burglary. According to the research, 45% of victims felt angry for six months to over a year. A third felt insecure in their own home and 37% felt anxious for the same extended period of time.

The research also points to a growing complacency among people who have been burgled in the past. Just 22% ensure they put their alarm on every time they leave the house and 80% still leave possessions in places that would be visible from outside.

Of those surveyed (63%) make sure all doors and windows are locked before leaving home and just over half (51%) leave the lights on when they go out to give the appearance someone is in the house. A further 28% always ensure their gates are closed.

However despite these positive steps, the study uncovered that we are guilty of being too careless as a mere 28% check that there alarms are working and up to date despite the increased risk over this time. A tenth admit that they also reveal on social media what they’re doing and where they are, but perhaps less obvious to many would be the empty boxes they leave by the bins advertising what treasures lay within. Almost eight in 10 (77%) leave boxes from presents they’ve bought in places where people can find them, giving criminals an indication of the sort of gifts they’ll find inside.

So how can we ensure that Santa isn’t the only one visiting this Christmas? Ex burglar Peter Woolf was a career criminal and heroin addict when in March 2002 he broke into the home of businessman, Will Riley. As a result Peter received a three year prison sentence. Sometime after the attack, Will was asked if he would like to meet Peter at a Restorative Justice conference and this encounter turned his life around for the better – here he shares his top 5 tips on keeping your home safe this December:

Of Christmas theft, and his experience as an ex burglar Peter said: “Frankly I’m concerned. Criminals are opportunistic by trade and if they see a chance they’ll take it. People need to be especially savvy at Christmas, when their home is even more of a treasure trove. I hate to say it, but if they haven’t taken the time to secure their home and hide their purchases, they will become victims”