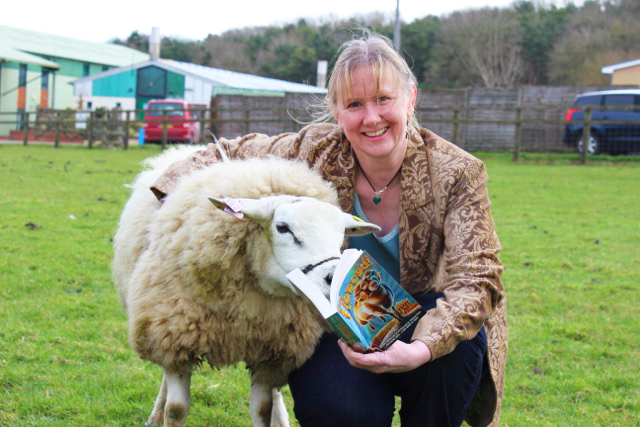 Nowadays the Mediterranean diet often makes the news and it’s widely accepted that eating all those good fats from olives and oily fish boost your brain big-time.

The Mediterranean diet has always been good for us – except that I’m not talking about feta cheese and salad in the sunshine here. I’m talking about the Classics, those much older gifts from Greece and Italy that have always built better cognitive health and are guaranteed to boost children for life.

Of course, primary school children already have a taste of these: the opportunity to learn about Ancient Greece and Rome, discovering how the Greeks gave us democracy, the Olympics, breathtaking architecture, drama and the Iliad, whilst the Romans thumped their sandals all over the globe, sharing brick houses, roads, central heating, sanitation, irrigation, writing and Christianity. But, to paraphrase Monty Python’s question, “What have the Romans (and Greeks) ever done for us?” Those ancient civilisations are far more than a tick list of what they left behind.

Classics comprise learning Latin and Ancient Greek, studying ancient civilisations and ancient history. All of these can be accessed at primary and secondary school level. Better still with the growth of organisations such as Classics For All, there is funding available and access to teaching skills and subject frameworks too.

But schools are overstretched already, aren’t they, so why should yours consider Classics? And besides, isn’t it all a bit snooty, the hallmark of an elite education? In a word: no. You see, Latin is now taught in more state schools than private ones. And it, together with Classics’ other doctrines, can set children up as thinkers and doers for life.

Latin forms the bedrock of much of the English language, and when studied as a foreign language it opens the door to a masterful command of grammar and an enviable fluency of written and spoken language. Ancient Greek is intrinsic in our language too, and to anyone who says otherwise, I would simply say, “Hippopotamus*”! Studying ancient civilisations and history builds children’s critical thinking, their ability to build an argument, their lateral and logical thinking. But infusing all those good things, like beautifully mixed oil and vinegar dressing drizzled over salad, is something even tastier: the Classics nurture imagination like no other discipline.

“Imagination”, said Lewis Carroll (who, incidentally, had a degree in Classics) “is the only weapon in the war against reality”. Whilst Albert Einstein (who didn’t) concluded, “Imagination is more important than knowledge. Knowledge is limited. Imagination encircles the world.” And, let’s face it, in an era where our recent reality has sprung some truly appalling surprises, imagination has never been more important: the imagination to come up with new solutions, the imagination to persuade people that there are better ways to live and, most humanely, the imagination to wonder what it’s like to actually be someone else. Empathy flourishes when children consider what life as an Ancient Greek slave must have been like. Or a Roman emperor, plotted against by his friends. What did a ten-year old Spartan boy think about his lot as a soldier? Or an Ancient Briton whose town was invaded by the Roman army? Being immersed in different ways of lives and unfamiliar values develops an empathy that last a lifetime. And I, for one, can’t think of anything more important for youngsters, whether in an educational context or out of it.

Through their ideas, military conquests and societies, the Greeks and Romans established the framework of the Western world, from the governments that rule it today to the coins that are spent each day in our shops. But it is through their stories, thinking and thinkers that they informed our understanding of what it means to be human. The first story in Western literature is Homer’s Iliad – on the face of it a tale of the Trojan War. But it’s the story’s take on jealousy, wrath, glory, love, fury and futility that draw the modern reader. Anyone who experiences it cannot help but take sides – the noble Hector versus the vainglorious Achilles – conflict, as fresh and relevant as the day it was written down, mixed with tragedy, bloodshed and immortality. The Romans left a legacy of conquests and a cast of real-life characters with jaw-dropping stories, such as Caligula, who threatened to make his horse consul, or Livia, rumoured to have poisoned her husband with figs to stop him from denying her son’s right to become emperor.

Beyond primary and secondary school, a degree in Classics leads to a surprising number of career opportunities. Whilst not a vocational degree – unless you count academia and archaeology – graduates thrive in journalism, law, politics, art, theatre, writing, computer gaming – and most other things besides. Mark Zuckerberg, Chris Martin and J K Rowling are all proof of the remarkable outcomes of studying Classics. But, for me, this ancient Mediterranean diet is far more nourishing. With its heady mix of history, myth and magic, it captures children’s interest early and leads them to become creative, empathetic thinkers with an internalised sense of justice, equality and responsibility. And, for me, that’s what makes it one of the most important and life-affirming subjects we can offer our youngsters.

* Hippopotamus: from the Greek hippos meaning horse and potamos meaning river, so literally a ‘river horse’.

Julia Wills brings the Classics to life with her books 'Fleeced!' and 'Rampage!'