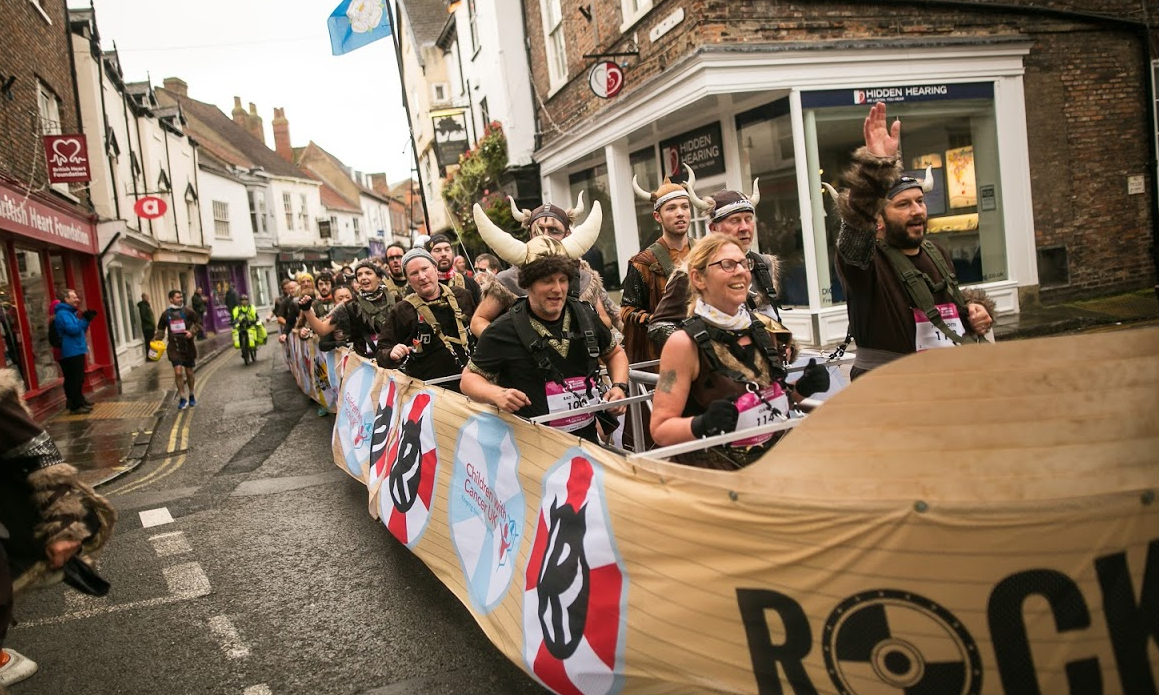 The Rightmove MK Marathon takes place in May next year, with entry still open.

And one charitable endeavour will see a group of 40 participants carry a replica of a Viking longship - weighing a quarter of a ton - through the entire 26.2 mile course.

The ‘Rock the Boat’ project has been launched by events firm Rat Race Adventure Sports, with all proceeds going to partner charity Children With Cancer UK.

If you want to join the horde of marauders, places aboard the ship are now up for grabs.

Rat Race founder Jim Mee says each participant will need to commit to raising at least £500 per place and adds: “With many UK marathons already sold out, we’re offering a particularly unique way of making it to the start line.”

It’s just one of a series of marathons where the viking boat will make an appearance next year, as Rat Race aims to raise £1 million for Children With Cancer UK.

And if you do join the viking crew, you could also end up breaking a Guinness World Record - as Rat Race aim to set the ‘fastest marathon in a forty-person costume’ time.

The boat - carried by way of specially made harnesses - had its debut at the recent Yorkshire Marathon, getting round in a time of six and a half hours.

Speaking about their recent exploits, she said: “Running a marathon is tough enough, let alone when you’re carrying a boat weighing a quarter of a ton.

“And then there’s the problem of tackling tight turns in an 85ft-long vessel with a terrible turning circle, and coming across speedbumps and potholes in the road that you can’t actually see beneath you."

The boat itself is made from a lightweight metal frame inside a plywood exterior.

Jim set up Rat Race Adventure Sports in 2004 and has seen it grow into one of the UK's largest operators of mass participation, wilderness adventure challenges.

For information on how to sign up to Rock The Boat, head here: www.marathonmarauders.com