HOW TO TELL A STORY WITH. . . MICHAEL MORPURGO 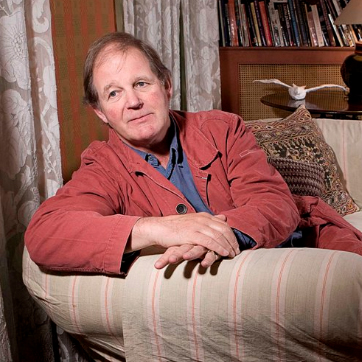 Primary Times chats with Michael Morpurgo, author of popular children’s books such as War Horse, about writing from experiences and his newest book, When Fishes Flew.

Michael Morpurgo’s newest novel When Fishes Flew is a tale of adventure and escapism. It is set in both Australia and the legendary island of Ithaca - the home of Homer and Odysseus. The book weaves together two lives and two incredible journeys - an old Greek lady named Elena and her great niece Nandi. Michael revealed to us his inspiration for this story. “This book was a combination of history and good luck,” he told us. “Two years ago, before Covid happened, I went on holiday to Ithaca with my wife. We ended up holidaying in a tiny house on the beach, but we didn’t realise was the signifi cance of the beach. We learnt that in legend, this was the beach that Odysseus walked when he came back from the Trojan War. We saw a Greek family come down at about 5pm everyday and I would read a book and watch them. Then one day, the older lady of the family beckoned us to come over. We went over and she cupped her hands in the water and picked up a fl ying fi sh. She said, ‘they talk, you know.’ And stroked the top of the fi sh’s head and the fi sh made a blabbing, gibberish sort of talking noise. We walked around that evening thinking of nothing else but that fl ying fi sh. In my head, because I was so embedded in the Odyssey and Greek Gods, I thought that this fish must have been Proteus - the son of the sea-god Poseidon – a God who could change into whatever he wanted to be.

“We also came across a small house with an old man siמּ ing outside. We were very close to him on the pavement so we said hello. He said hello back in a strong Australian accent so I asked him if he was Australian. He replied saying, ‘No I’m Greek, but I’m a Greek Australian!’ He told me how he moved from Ithaca when he was 5 years old because of a terrible earthquake in 1954. He lived in Australia for many years but always promised himself that he would go back to Ithaca and rebuild his old house and live there.

“So it was two strange stories that happened in the same day that inspired me. I think that writers need a lot of luck to write. You’ll have extremely flat times where you can’t write anything, the other times you’ll come across the extraordinary.”

Writing from personal experiences and other people’s perspectives is something Michael has also used a lot in his writing. “I love other people’s stories,” he said. “A story for which I’m beמּ er known is a book called War Horse. That came about from talking to an old man in a pub about 45 years ago now. He had been in the World War and I found myself by the fi re listening to his story, about his time in the war and about how close these soldiers were to their horses. I was in the right place at the right time so I just tell the story.”

“I keep a series of joמּ ing books with me. I think that if you are thinking about writing too much, the words become more important than the story. So I try to jot down just two sentences a day about anything that has happened that day. This then becomes a collection of moments and the good thing about that is you get to relax when you use words on paper. You’re not worried about words, you are just telling the story.” 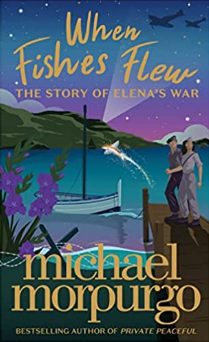 When Fishes Flew features many instances of discovering diff erent cultures. Michael discussed with us the importance of children discovering the world. “In a way, I suppose this is why reading is very important. I’m not sure how else young people can discover about the world out there unless they read about it. They can look at a television, that’s one thing but you are only presented with a picture. With books you have to make an eff ort to place them in your imagination and your intellect. By doing this, it grows your take on the world. So for example in this book what can you do? Well you can go back in time thousands of years to when people believed in multiple gods in Ancient Greece. What else can you learn about Ancient Greece? Well you learn that it was the beginning of democracy. What’s democracy? Well it’s people who go voting. ‘Oh,’ you say, ‘we do that today!’ And then it connects us from past to present. You learn to look at the world through your own eyes and experience, then realise that there are other cultures, other languages, and they have much to give to the world, and you can write about them all!”