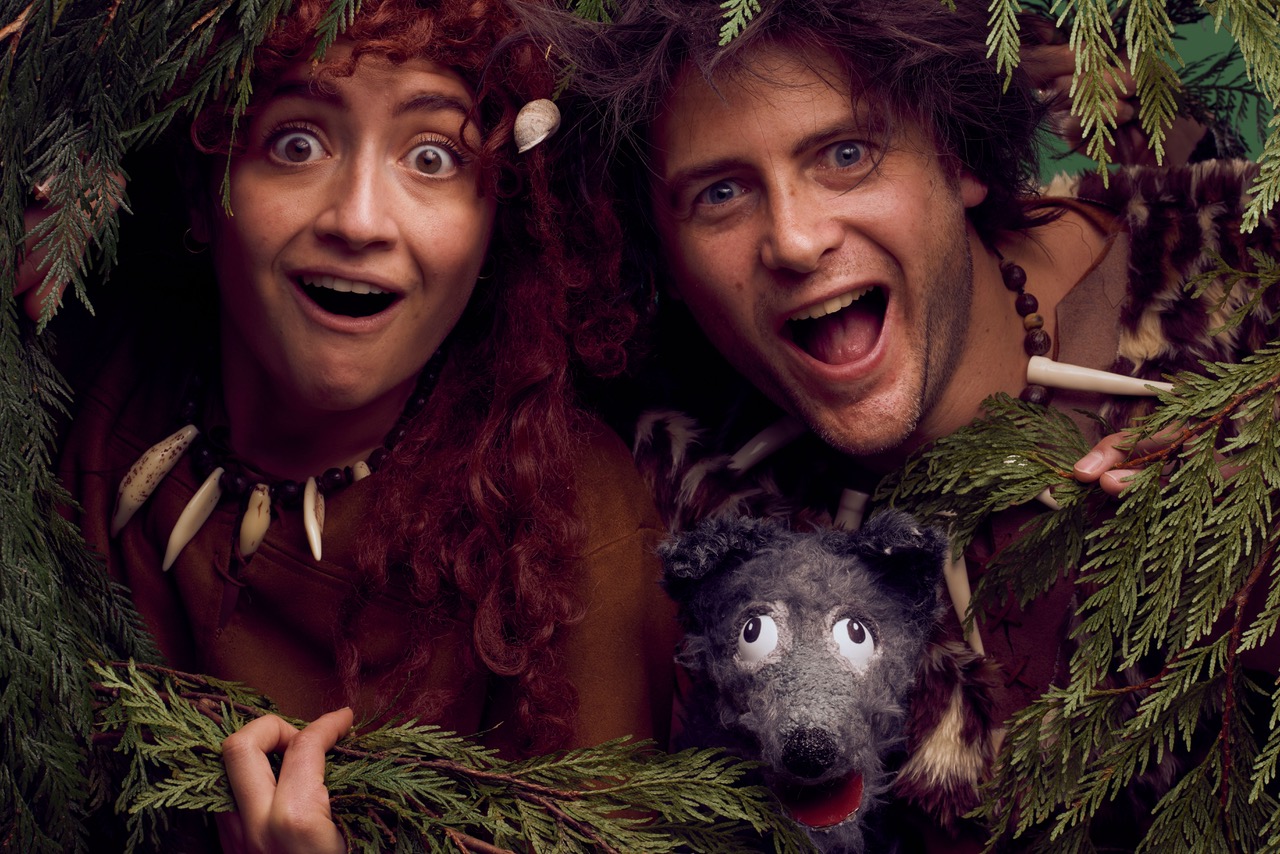 Ogg 'n' Ugg 'n' Dogg is the story of how pre-historic man tamed wolves into the forerunner of our domestic pet dogs and saved the world from doglessness! Ogg and Ugg were male and female actors, playing hunter-gatherers, the wolves (Tooth and Nail) were beatboxing puppets that the two actors operated.

The set was a simple affair with a forested screen and a couple of boulders and the venue, the dining room at the Gilded Balloon Teviot, was a nice intimate setting, small enough to feel close to the show but not on top of it.

The show is described in the Fringe programme as for 5+, I noticed on the way in the show itself says suitable for 3+. I would definitely go with the show - there were two and three year olds in the audience absolutely entranced. The ideal age, I'd say, is 3-7 year olds, they hit that audience age bracket perfectly, with lots of expression in the acting, a few fart jokes, simple songs and some really sweet audience participation - including getting to stroke Tooth and Nail and their cubs at the end.

At 50 minutes it was just the right length for this age group's concentration span. Loved the bit at the end when they shot forward 10,000 years and brought it up-to-date.

"I want to get a dog exactly like Dogg"