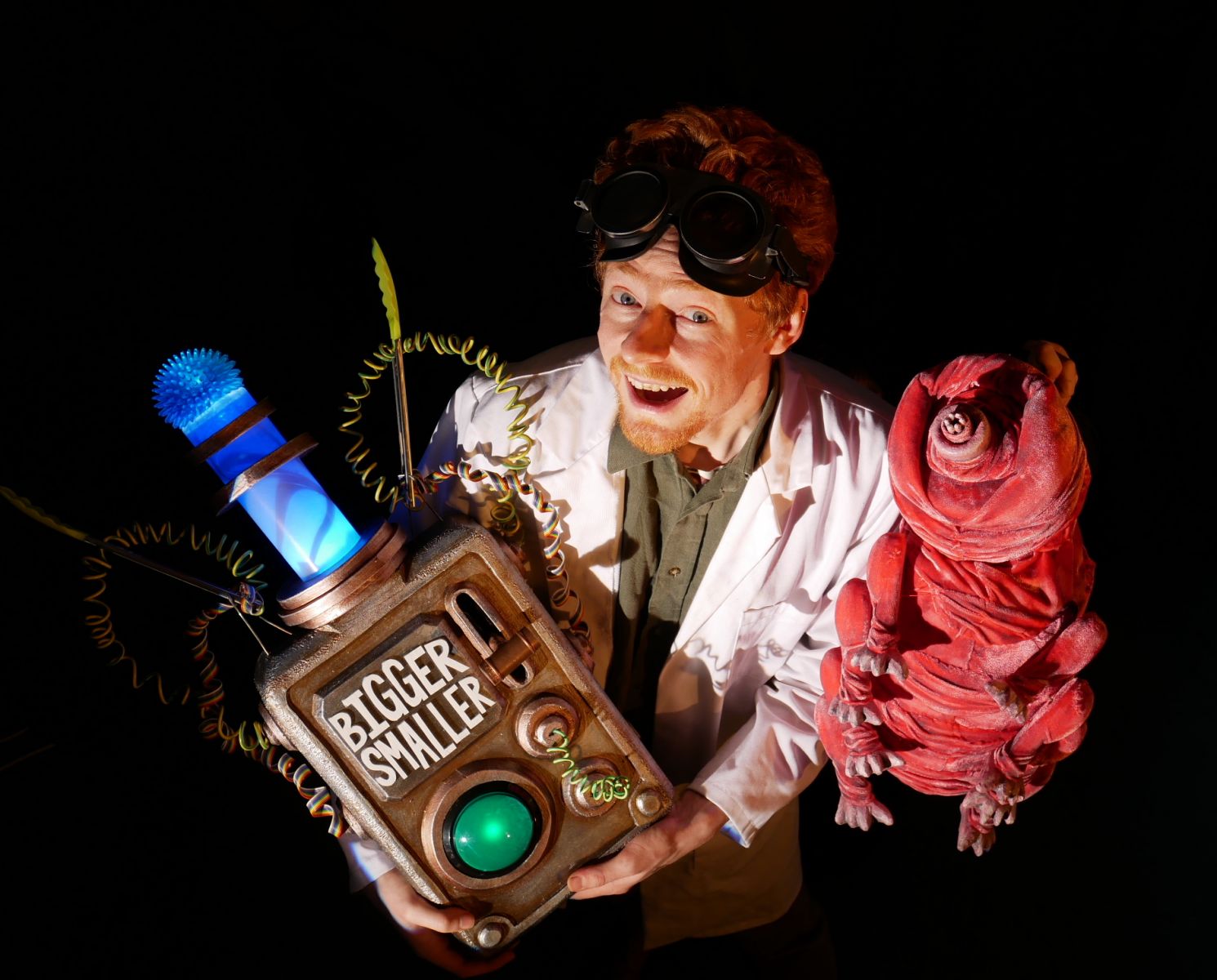 Microbodyssey is a quirky and charming science show that I would recommend to all families with interested children. It is refreshingly upfront about being educational, as Charles, the lab assistant who acts as our tour guide, immediately introduces the show as being about microbes, and the way the information is delivered is lively and unusual, with songs, puppets, shadow theatre and humour.

The audience is invited to join a tour of Brenda’s tummy, in order to do this we have to shrink down to microbe size so we can see all the teeny tiny microbes, bacteria, viruses and other exciting, and often cute, things.

The shrinking process involves some fun audience participation - the majority of participation during the show involves the whole audience, which is a nice touch - and once we have done that we meet Brenda, a huge puppet with a moving head and a see through tummy. Her tummy is reminiscent of a giant Petri dish which acts as the screen for the shadow puppetry that is to come. As well as seeing bacteria and so on as shadows, we also get to meet some as puppets when they come out to the front of the stage and are skilfully and beautifully moved around the stage and into the audience space by the second performer, accompanied by music.

The two 11 year olds I was with were entranced, they found Microbodyssey really entertaining, as well as very interesting (as demonstrated by their conversation afterwards), and really, if you’re going to see a show about microbes I don’t think you could ask for more. Highly recommended!

“I thought it was very well crafted and I thought the puppets were very well made. I enjoyed it and I would recommend it.” - Dois, aged 11