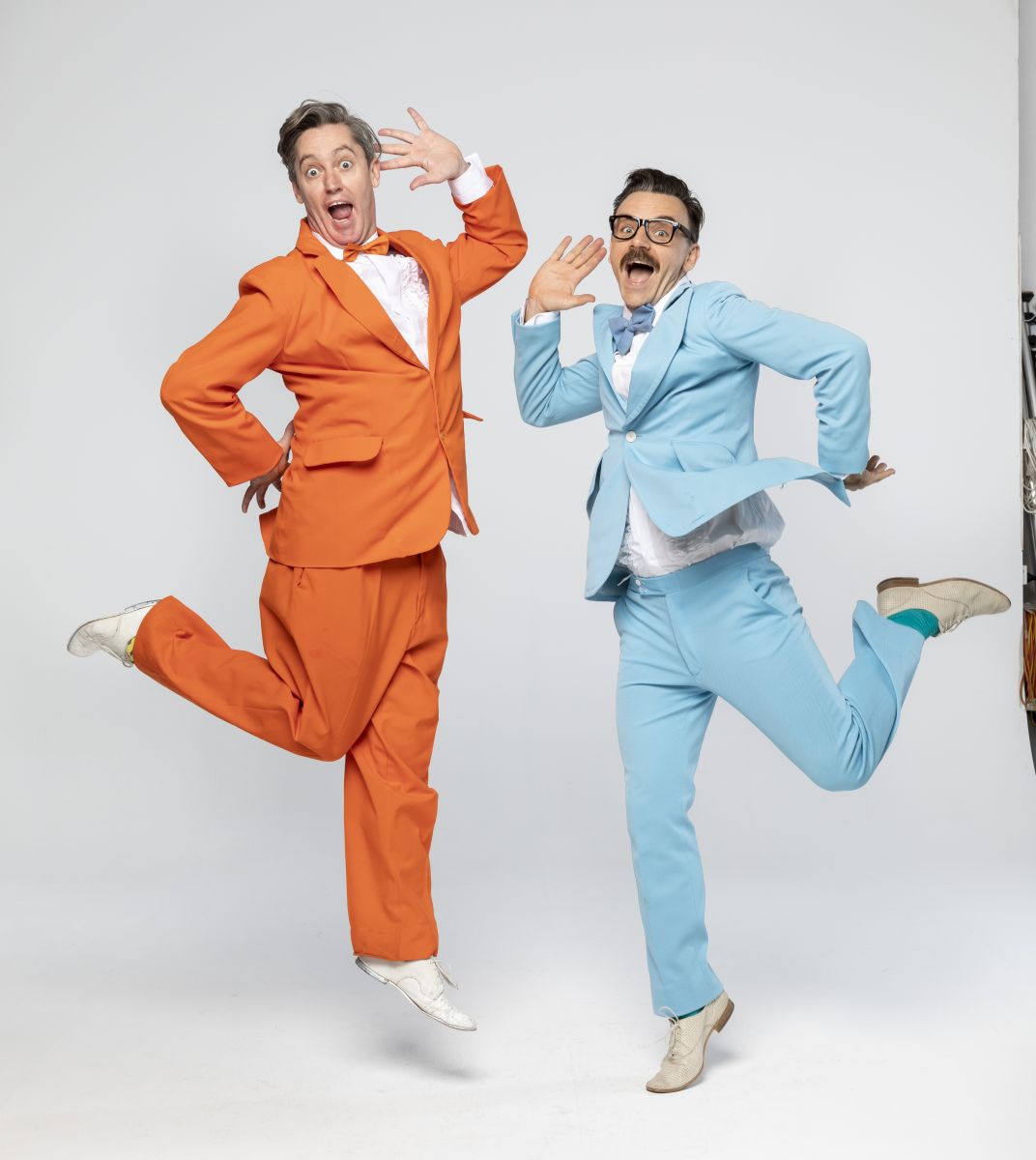 Warning: tape up your sides before coming to this show. It opens with a brilliant joke about Smiggle which warms the audience up nicely. Within minutes, the theatre is awash with giggles from adults and kids alike.

This two man show is loosely based around silly made up words and phrases - have you had a fartle recently? - but quickly diversifies into daft and cleverly observed sketches and jokes. The energy in the show is high, so don't expect to catch your breath in between chortling. There is lots of audience participation, shouting out, throwing objects and getting a little wet.

My kids (7 and 10) wanted to go straight back in and see it again. There is genuine chemistry between the performers and their delivery is slick without ever feeling over-rehearsed. Their ability to ad-lib is wonderful and genuinely hilarious. Simple props are used to huge comic effect and there are plenty of fart jokes to go around. But be warned, once you have seen a naked Donald Trump flossing, you will never be able to unsee it!

Get in on the secret and book your ticket. This will sell out. This is the Fringe at its best - simple, hilarious and truly wonderful.

"They are really daft and have brilliant jokes." (aged 10)

"From 4-104, this has huge appeal. The show engaged the audience from the first minute and and had the whole house (sold out) roaring from start to finish. High energy daftness, with lots of jokes for the kids as well as the adults. Hugely interactive, it had the feeling that you had been let in on a great secret, or discovered something uncharted. The professionalism of Matt and Rich was fantastic. The show was slick without ever feeling over-rehearsed. The affection the performers have for each other is clearly genuine and so their chemistry shines. Their ability to ad lib is exceptional and was used to great comic effect when they experienced technical issues. Likewise when dealing with a 5 year old serial heckler. Fart jokes are as old as the hills but the way these were delivered was brilliant. This is the Fringe at its best. Old school clever humour made to appear simple, excellent stooge work, great use of simple props. I was genuinely crying with laughter and wishing they would stop for a moment so I could catch my breath."