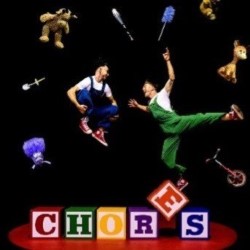 Back for 2019 after a sell-out in 2018, Chores is an Australian show about two brothers sent by their mum to tidy their room so that they can ride their bicycles. It’s billed in the Fringe programme as circus but while there is juggling and a few other circus-style parts, it’s certainly not full-on acrobatics, so don’t go expecting Cirque Berserk-style antics. I’d describe it more as physical theatre and as that it’s a top-rate, charming, clever, inventive and very funny example.

There’s practically no dialogue and the two performers convey almost everything through small noises, their facial expressions and their actions. And these are spot on – as a parent, the expressions, the slump of the shoulders, the whiny noises as they are ordered to tidy up, even the reluctant dusting of a tiny patch while looking in a different direction with a disgusted expression, are all too familiar. And my children have too attempted to re-roll an unrolled loo roll with about as much as success – although they didn’t have a toilet paper gun to then blast the roll sky high.

It’s 3+ recommended; I would say you could even go lower... I think a two-year-old would get a lot out of this, and my 12-year-old thoroughly enjoyed it too, but it was definitely the 3-10 year olds who were laughing non-stop, some practically falling off their seats with excitement, laughter and joining in. There was lots of interaction but noone was pulled on to stage – it was more panto style pointing and shouting at something one of the brothers had somehow failed to spot. The pair gave the impression that they enjoyed it all as much as the audience and the lovely venue – Piccolo at Assembly George Sq Gardens, a mini Spiegeltent - really helped; it’s the same venue as the 5-starred Hey Diddle Diddle which is on directly before. Highly recommended.

My son, aged 9, said: "You laugh so much that you want to stop, but then you realise you can't stop!" 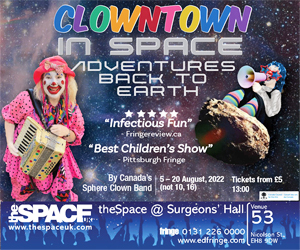 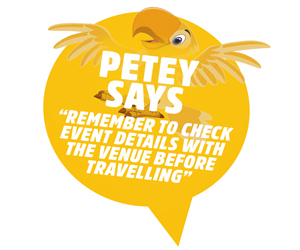