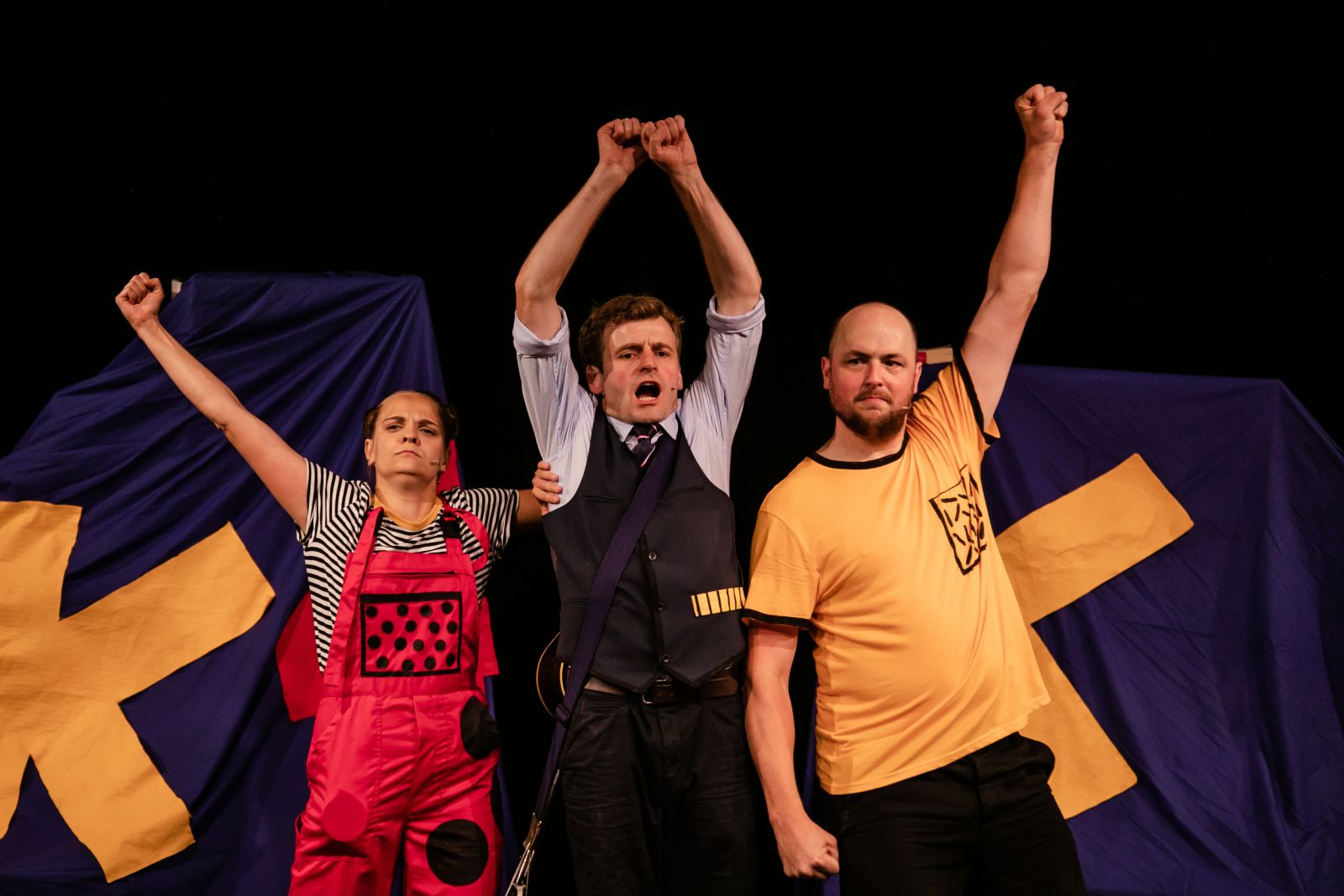 The Kafkateers are back! And thank goodness they are, because this show is brilliant!

A hit from last year's festival. Join Karter, Karl, Kat and Kevin the Beetle and explore how daft, cheerful, educational funny Kafka stories could be and not just about "lonely men, with a boring job, sitting at a desk" or a "serious show, about a serious man".

The Kafkateers are on a mission to bring the bleak, blunt dark tales of Franz Kafka to a young audience. With hilarious results. Interpretations of four Kafka stories: The Bucket Rider, Poseidon, The Bridge and Blumfeld, an Elderly Bachelor, with each brought to life on a cardboard set with puppets such as envelope man with stamps for eyes, which is pretty cool. Alongside the Kafka stories there is an ongoing story of misunderstandings and show disorganisations, which lead to a very Kafka-like ending. 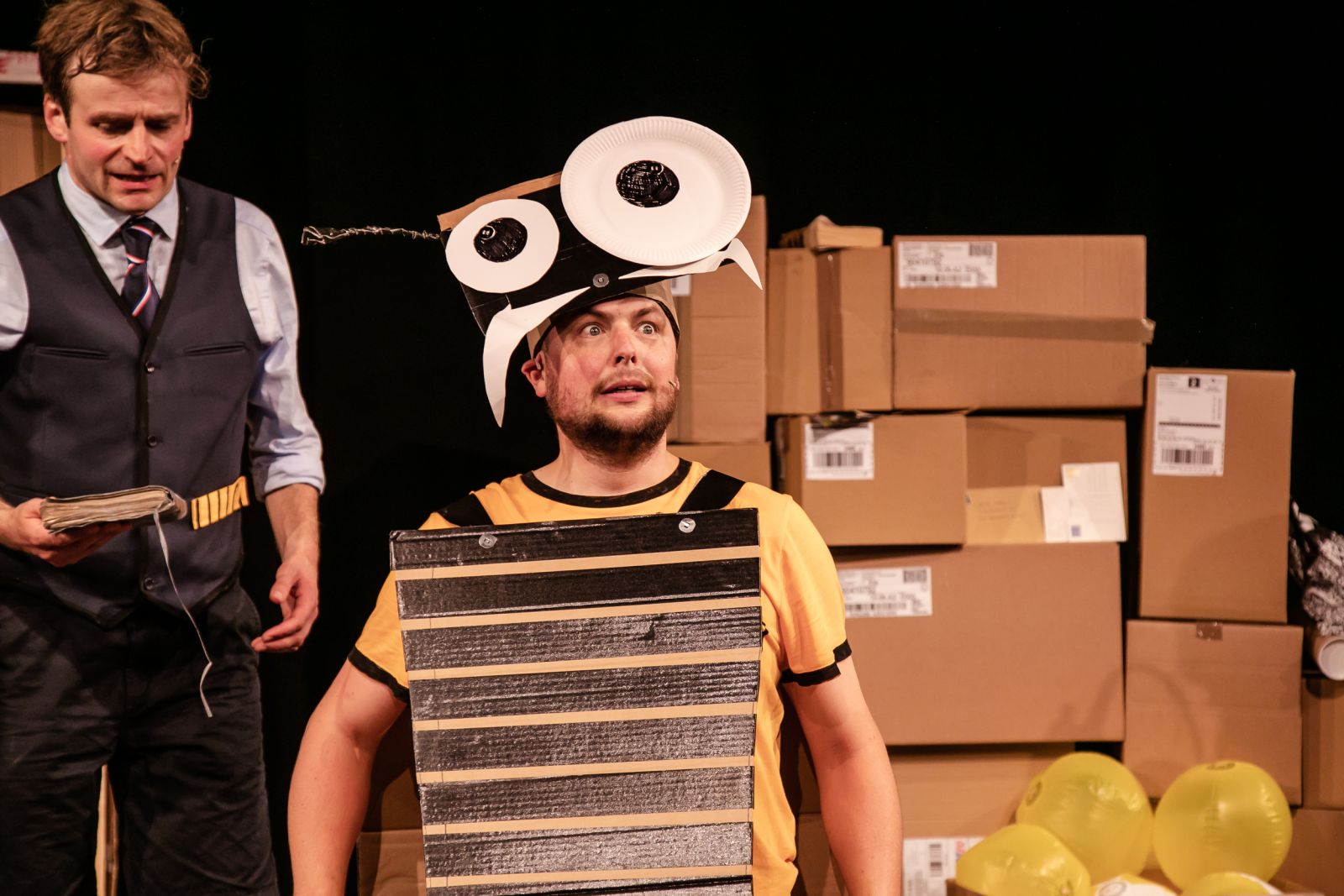 We are so glad we got to see this show because it was really great and utterly hilarious. Totally for kids and adults and great to have a show with equal enjoyment for both, a very clever show. I can also say the Kafkateers successfully got Aiden (7 years 8 months) to want to read some Kafka, particularly The Bucket Rider. His favourite bit was when Kevin got eaten, the police woman, bucket man. Definitely go and see this show even adults on their own.

"Mummy have you got Kafka's Short Stories?"

"I loved the story of Bucket Rider"

"Look at the balls on their heads""