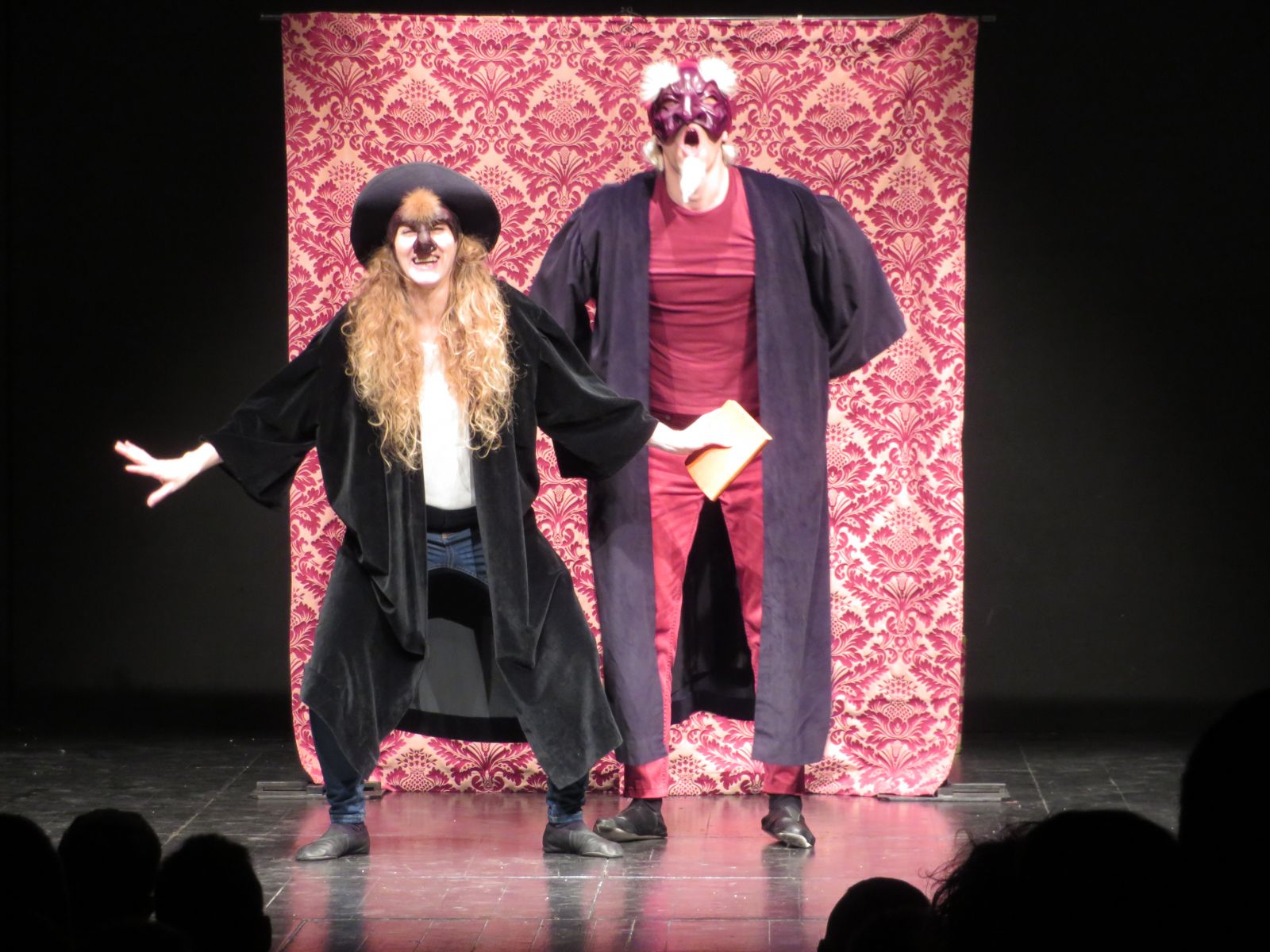 We went to the 7.40pm performance, so it already felt a more grown up and special treat for my three companions (aged 8, 9 and 11), especially as most kids shows are on during the day. When lining up you get handed a programme, which provides the synopsis of the show, it proved great for informing the kids prior to watching the show – my daughter Jess (11 years) said “she was glad she had read about it as it helped her follow the story on stage”.

The story is an abridged version of The Servant of Two Masters by Goldoni. A love story with a twist. The actors introduced the show and explain how they split the roles between the three of them and the different props they’d use for each character. Arlecchino (the servant) is the star of the show, his physical and slapstick comedy had us all laughing from the beginning. The cleverness of this production is the way the actors can change characters so effortlessly (Arlecchino and Brighella serving food) and the use of some props - like Florindo’s wardrobe and accessories. The dramatic moments gave a sincerity to the characters.

It was a real pleasure to watch. The physical acting was captivating and I thought the slow motion scene when Arlecchino is serving his two masters was visually stunning and Arlecchino folding of a letter was a treat and eating bread – my son Ben (8) was delighted that bread fell on his head. The show gives kids a taste of Venice, through music, language, costumes (harlequin trousers, venetian masks) and you really were made to feel welcomed into the family. After the show, my son Sam (9) was pretending to be Arlecchino and copying some of his moves! My daughter said Arlecchino was a bit like a pantomime character because he made her laugh. I felt like the kids had been introduced to a different cultural experience and not just the usual kids play/comedy. Really enjoyable. The Bottegavaga Theater are holding some children’s drama workshops which we will definitely be going along to.

"I really enjoyed it, Arlecchino was really funny especially his dancing" (Sam, aged 9)