There's no time like winter to curl up with a book.  Here's my top choices for wintry reads with children that have been favourites in our family.

Beautiful tale and beautiful illustrations in this story about an Innuit girl and how colour is brought to her snowy white world. I can still see my daughter as a four-year-old “reading” it (she knew it by heart) to a younger girl at her pre-school. The picture of all the creatures in the water beneath the ice prompted many discussions and drawings! For 3+

The Owl Who Was Afraid of the Dark by Jill Tomlinson

A favourite of mine when I was a kid, and a favourite of my children, this classic story follows the adventures of Plop, a baby barn owl who is afraid of the dark. It’s divided into chapters, starting from Bonfire Night and running through the dark nights of autumn and winter as Plop learns something different in each one about why people love the dark. And if you are going on a journey, the audio book, read by Maureen Lipman, is brilliant. Read aloud from 5, read by themselves at 7.

Winter legends from around the world by Edinburgh’s own Lari Don. This has been a favourite for years in our house; we have a pipe-cleaner spider who always goes in our Christmas tree every year after hearing the Ukrainian story. But mostly these aren’t about Christmas, but about snow, ice, wolves and gods from around the world. Read aloud from 5, read by themselves from 7 (but still appeals to older).

Littlenose the Hero by John Grant

Another old classic, this series of books (there’s 13) were written between 1968 and 1993 and follow the adventures of an Ice Age boy and his woolly mammoth pet. Fun, light-hearted stories, with each chapter complete in itself (handy for bedtimes) and lots to relate Littlenose’s experiences to those of modern-day children. This one starts with Littlenose meeting Two-Eyes, the mammoth who will become his pet. 6+

The Snow Spider by Jenny Nimmo

Another classic, this time set in Wales. Jenny Nimmo is a lovely writer – The Owl Tree is another great winter read – and the Snow Spider trilogy is being made into a series to be shown on CBBC in 2020. Follows the magical adventures of a nine-year-old boy whose sister has become lost in the Welsh mountains. For 7+ readers.

The Sign of the Black Dagger by Joan Lingard

Will and Lucy investigate the sudden disappearance of their dad, with the help of a diary they find hidden in the wall of their Old Town home. Atmospheric novel of two sets of children, 200 years apart, scuttling up and down a dark and sometimes sinister Royal Mile in chilly January. Best of all, the tenement they live in actually exists, with the inscription over the door – head down Advocates Close from the Mile and it’s not far down on the right. 8+.

The Wolf Wilder by Katherine Rundell

Feodora lives in the snowy wilds of Russia learning how to become a wolf wilder from her mother – a wolf wilder being someone who teaches tamed animals to become wild again. But then the pair receive an unpleasant visit from the Army and Feo is forced to go on the run. For 8-12.

Set in the snowy, far north land of Erkenwald, ruled by an Ice Queen who wears a gown made from the teardrops of her prisoners. Twelve-year-old Eska bears the mark of the Sky Gods and that’s why the Ice Queen is so desperate to steal her voice. But she escapes from the Winterfang palace with the help of young inventor Flint and together they go in search of the song which can break the Ice Queen’s power. Blu, Flint's little sister is based on the author’s own sister-in-law, who has Down's. For 8-12 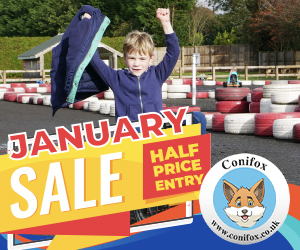