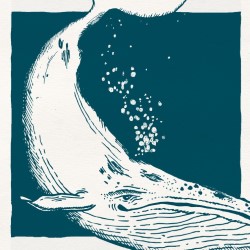 Islander: A New Musical is a marvellous, mesmerising show and our family (with children aged 11 and 15) unanimously loved it.

The performance takes place in the centre of a circle, there is seating all around, and the set is minimal - two microphones, one with some recording equipment beside it, and a large box. Despite this modest set, it is not long before we can ‘see’ the small island of Kinnen, the island folk at their meeting, the presenter of the local radio show, the mysterious visitors to the beach... as the talented performers bring it all to life with singing and soundscapes.

This is a musical, but not like one I have ever seen before. As in any musical the characters sing the story and conversations, but this becomes a rich and powerful experience for the audience as the performers use live looping to build up layers of singing and sound effects to great effect. 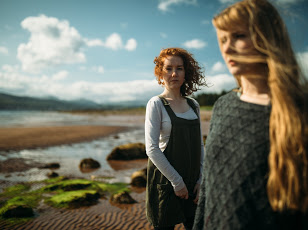 lost count of the characters in the story, but feel I saw and knew them individually, despite the fact they were all played by just two actors. Bethany Tennick and Kirsty Findlay brought each to life with distinct voices, mannerisms and expressions. The story moves between emotions, sadness followed by humour (it is very funny in parts) and despair followed by hope. The story was very real and touching, with hints of magic here and there. Islander: A New Musical was a more or less perfect way to spend an hour.

This is a truly special show, one that will stay with me for a long time, and one that I wouldn’t hesitate to recommend to anyone with slightly older children - the sheer number of characters and the fact that the scenes are all set with subtle shifts in position or slight changes to the props used could be confusing for a younger child.

The show’s own recommendation of 8+ would seem accurate - please go along, and I hope your family enjoys it as much as we did. 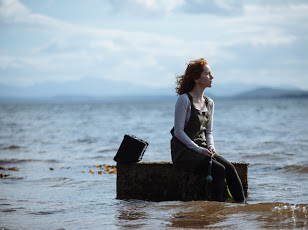 My 11 year old daughter said “Good singing, great story, excellent acting. I really enjoyed it!” while her brother (15) thought “It was really good, the singing was amazing and the way it was all put together was smart and well thought out. It was also a very touching story. I would recommend it, it was incredible.”.

Why they've awarded it 5 stars:

"The talent of the performers and the amazing way they used technology to build up the scenes through singing and sound effects (often vocal) just drew me into the performance. There were moments where I was laughing, moments where I was crying, the characters and their relationships were so real yet there was magic in the story too. It was really wonderful, and both my children agreed that it was a truly outstanding show."