ONE HUNDRED STEPS: The Story of Captain Sir Tom Moore 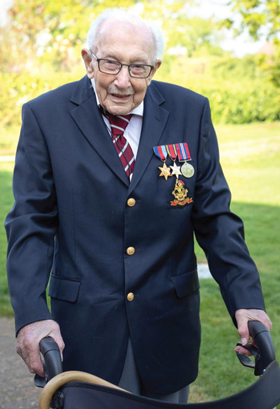 Captain Sir Tom Moore captured the nations hearts over the past few months and has provided some much needed joy and inspiration to everyone. Raising a staggering £32 million for NHS Charities, by walking 100 laps of his garden, he now wants to inspire the younger generation with his new children’s book.

One Hundred Steps: The Story of Captain Sir Tom Moore tells the incredible story of the man who walked 100 laps of his garden and captured the heart of a nation with his indomitable spirit. The book is full of the wisdom that Captain Sir Tom has gleaned over his one hundred years - that anyone can do or be anything they want, that we can achieve so much more when we come together, and that tomorrow will be a good day. Fully illustrated for younger readers, the book follows the key moments in Captain Sir Tom’s incredible life - from a childhood spent roaming the Yorkshire moors, to his time serving in the Second World War and his incredible Guinness World Record-breaking achievements, interspersed with plenty of funny moments too!

Captain Sir Tom said: “When I was doing my walk, I had so many wonderful messages from young children telling me to keep going and doing their own challenges. They inspired me. The first step is always the hardest, but unless you take that first step, you’ll never finish. I hope that children love this book. I hope grandparents read it to them. I hope parents shared the message with their children. With the future in their hands, tomorrow will be a good day.”

The 32-page book is brought to life by Adam Larkum, who was set the task to illustrate Captain Tom’s incredible life story for young readers.

Talking about being asked to illustrate the book he said: “It’s been such a pleasure to work on this book and it’s been a real joy to illustrate the life story of such an inspirational man. A few weeks before Puffin Books commissioned me, I’d watched a TV documentary about Captain Sir Tom Moore, there were some really great photos in the documentary of his life and I remember thinking at the time how I’d love to illustrate his story. So it was such a surprise and joy when the commission came along for this book and I found myself actually working on it.” 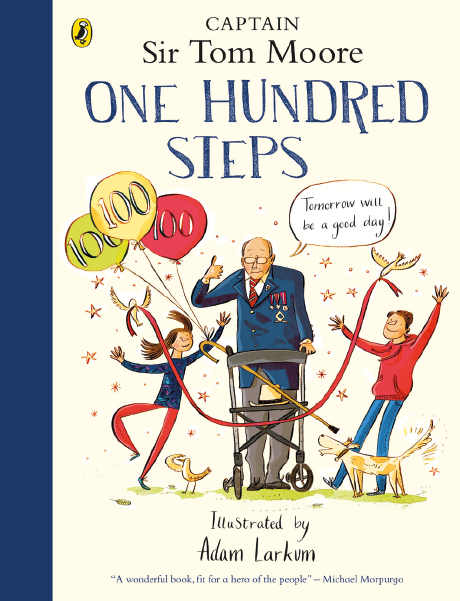 Captain Sir Tom Moore was born in Yorkshire in 1920. With the outbreak of World War Two he enlisted in the British Army and served throughout the war. Recently he inspired the whole nation, and indeed the world, showing us that we can all make a difference. He holds two Guinness World Records, for the largest sum ever raised by an individual charity walk, and for being the oldest person ever to have a number one hit single.

The book is set to be published on October 1st 2020, by Puffin, an imprint of Penguin Random House Children’s. For more information on the foundation visit: www.captaintom.org